Arriving back to Canada was a shock! People drove their vehicles in their appropriate lanes, stop signs existed and obeyed, speed limits were respected and the surging flow of traffic leaving the Toronto airport was slow hot and boring…I missed the free for all road antics of Latin America already! Just as scheduled Mr.Blanco arrived looking very spiffy in his shiny tin crate in one piece and ready for a break. After processing customs paperwork our bike was set free and we were happy to be together again.

happy to be reunited

We planned to spend a week or so with my grandparents near Toronto and they were excited to have us back home and visiting.

86 years old and full of life!

Unfortunately only after two days back in Canada Jennifer was suffering with a pounding migraine headache that after 48 hours of straight throbbing forced her to visit the hospital. Jenn was treated for extreme dehydration with I.V. fluids and sent home where she soon after recovered. On our fourth day back I too became ill with headache, fever, body aches and nausea to the point where all I could do was rest in bed most of the day. The symptoms persisted for three days and on the advice of my grandmother and Jenn I was forced to visit the hospital too.

much easier to communicate symptoms here back in Canada versus Colombia

After running the expected tests for every and any illness that I may have contracted in South America the test results fortunately came back negative. It was determined that I had a severe internal viral infection and would require I.V. and plenty of bed rest.

After almost one week of being bed stricken I began to feel more myself.

shit! I didn’t realize I was also donating blood today!

It has been a few years now that my dad has been asking us to come visit him and his small flock of horses that he has collected over the years so we zipped up over to the barn where he keeps his steeds and along with my uncle and cousin we saddled up.

much bigger then my last little pony

For the second time in only two weeks I was perched atop a much larger stronger steed aptly named Spirit and again scared shitless when the brute decided that it was time for afterburners as we neared our rides end. If he hadn’t stopped at my wow, Wow, WOW I am pretty sure I would have been making a second hospital visit that week.

We finished up our visit with my grandparents and made a few more family visits around the Toronto area before we made tracks eastwards to Ottawa to visit my parents and start our vacation time back at Bennett lake near Perth.

Of course seeing my mom and Ivan for the first time in over nine months was a tear jerk’er for mom and I got the impression she was very pleased to have us back home safely.

We spent four days back under moms loving care as she quickly tried to replace the weight we had lost both travelling and from our recent illnesses and I was accepting it all with mouth wide open.

nothing beats homemade deliciousness after a long journey

We left mom and Ivans house to head off back to Bennett lake where we plan to relax again for the month of October at my aunt and uncles trailer that they have again graciously opened up to us. The lake is so very quiet this time of year as most of the cottages are empty and the few that are rented are occupied by fisherman enjoying this quieter time of year. 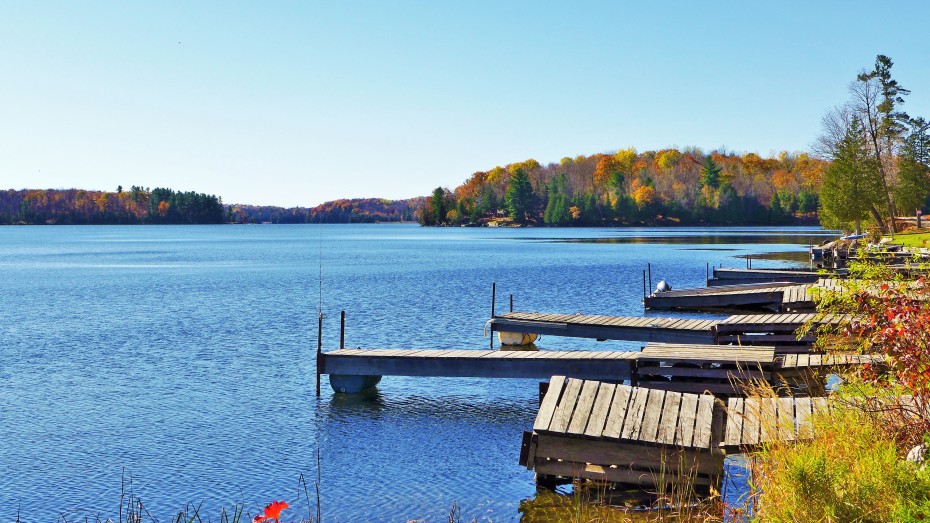 Jenn and I really love the calm quiet peacefulness that we feel here and got right back at doing what we love to do most…FISH!

We spent the first week alone at the lake catching plenty of walleye, pike and bass until the annual “mens” week fish tournament began and one by one the boys started rollin in. 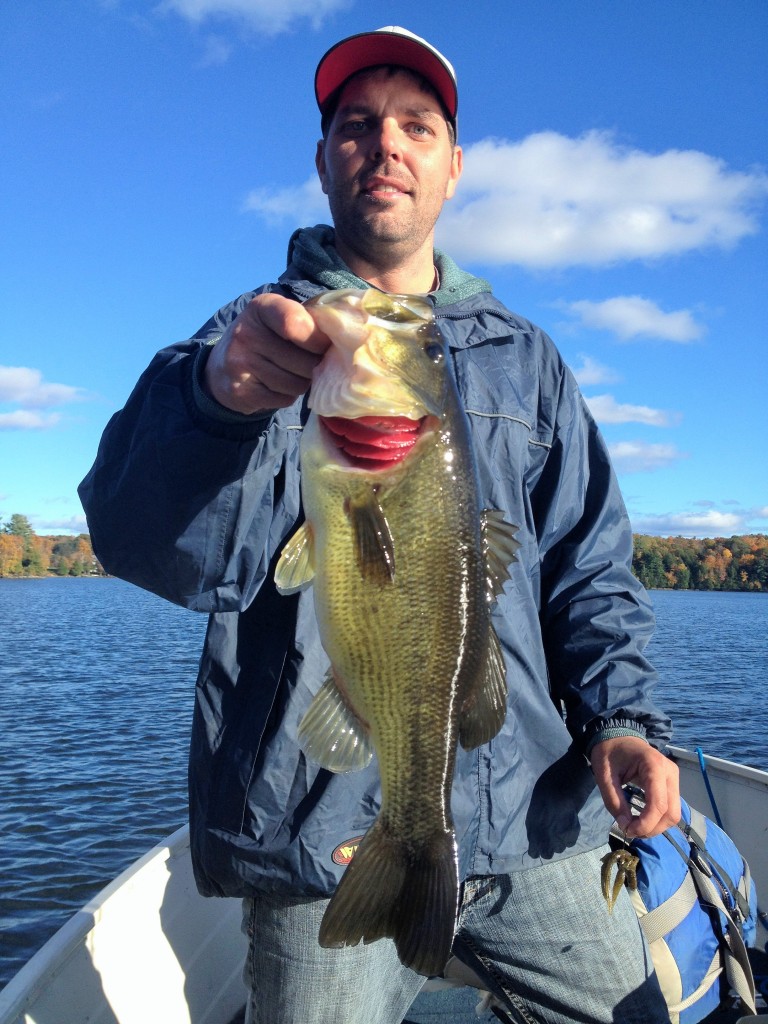 sexy with a nice sexy!

All the usual suspects arrived and in fine form uncle Charlie brought his over abundance of meaty, fatty, unhealthy deliciousness for us to chow down on.

Back ribs? hell ya we got that!

We begun our annual fishing tournament and it was reigning champion dads turn to feel the pressures of us wannabe champs gunning to steal his trophy and bassmasters hat.

It didn’t take long this year and only three days in Charlie hooked up with this 5.5lb largemouth bass and I think we all knew just then where the trophy was headed for 2015 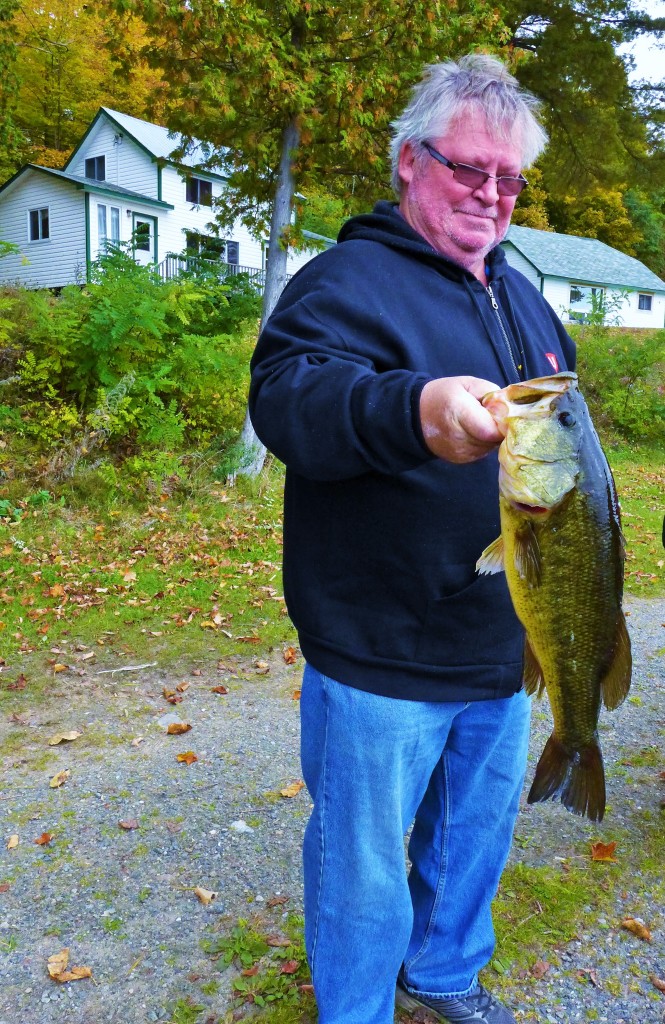 The big dog showed us how it’s done!

The rest of the week the usual shenanigans ensued. Fishing, drinking, eating and enjoying each others company by campfires was just what we needed after being away from family for such a long time…. all and all the week was two thumbs up! 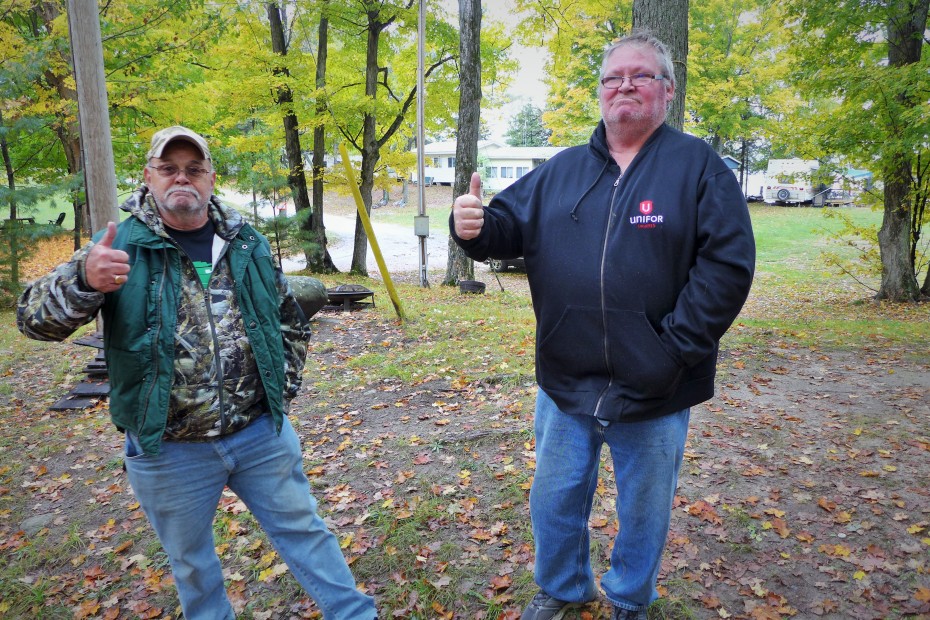 Mens week unfortunately came to an end and we seen a changing of the guard from one brother to another. I’d say judging from my fathers face this was a rather large pill for him to swallow. 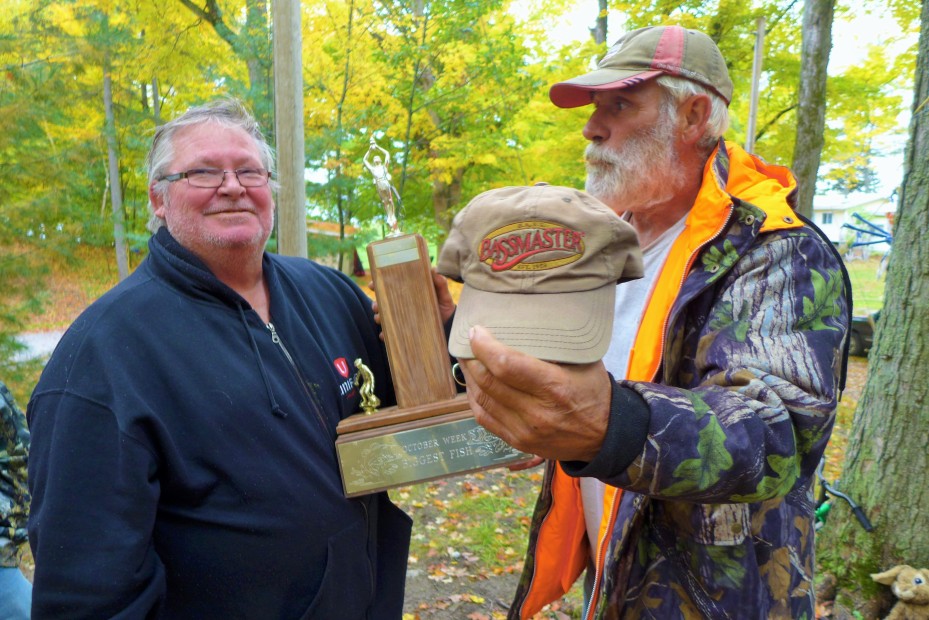 dethroned and not impressed!

Charlie was happy to except and is crown fit just right 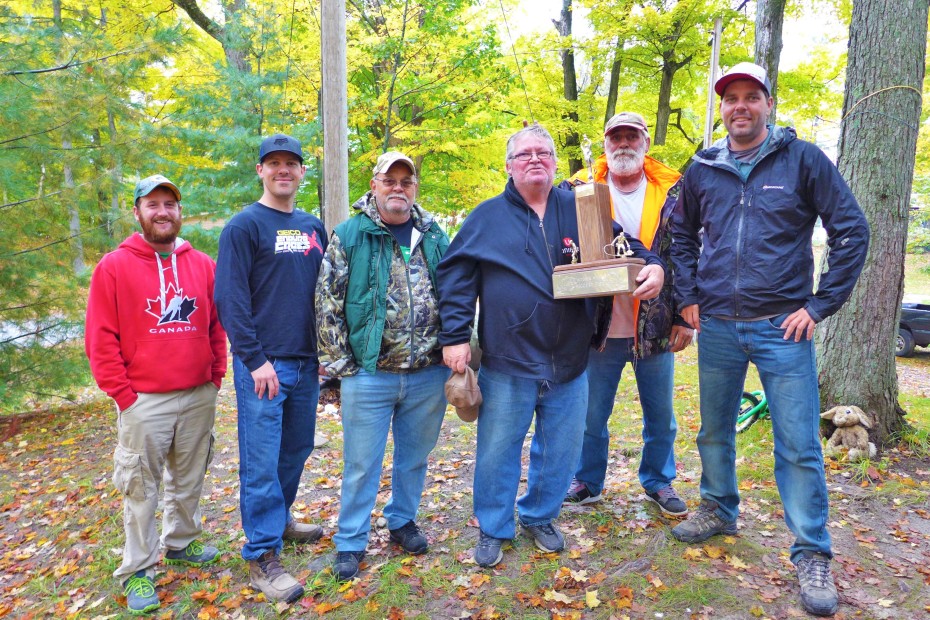 We had a thanksgiving dinner date back in Ottawa with my mom, Ivan and my grandparents that have travelled up from Toronto for the weekend. The turkey was delicious and we were finally served some vegetables something not fit to appear at mens week. 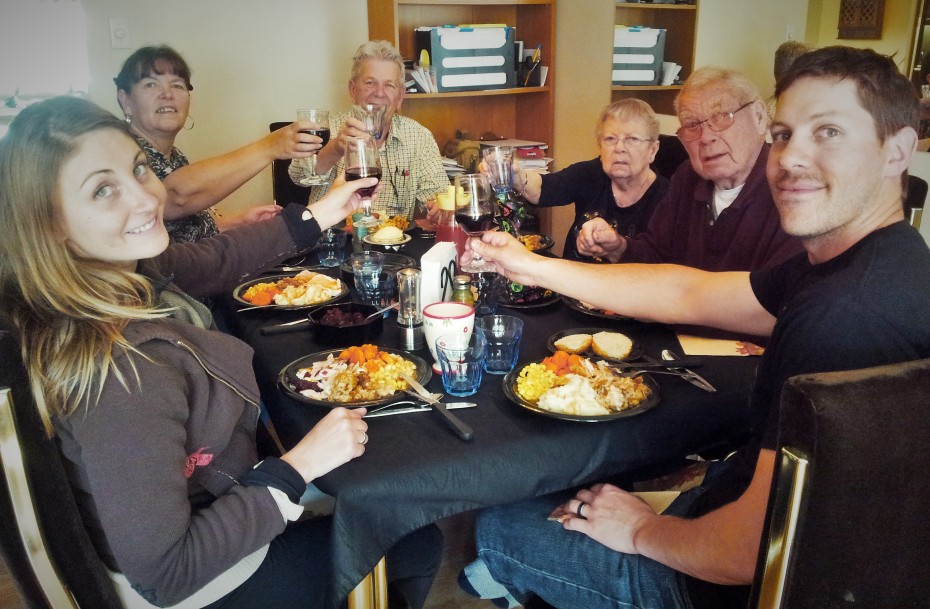 After another relaxing weekend with mom and family we returned back to Bennett lake to ride out the next few weeks of October there before the cold forces us on our way. 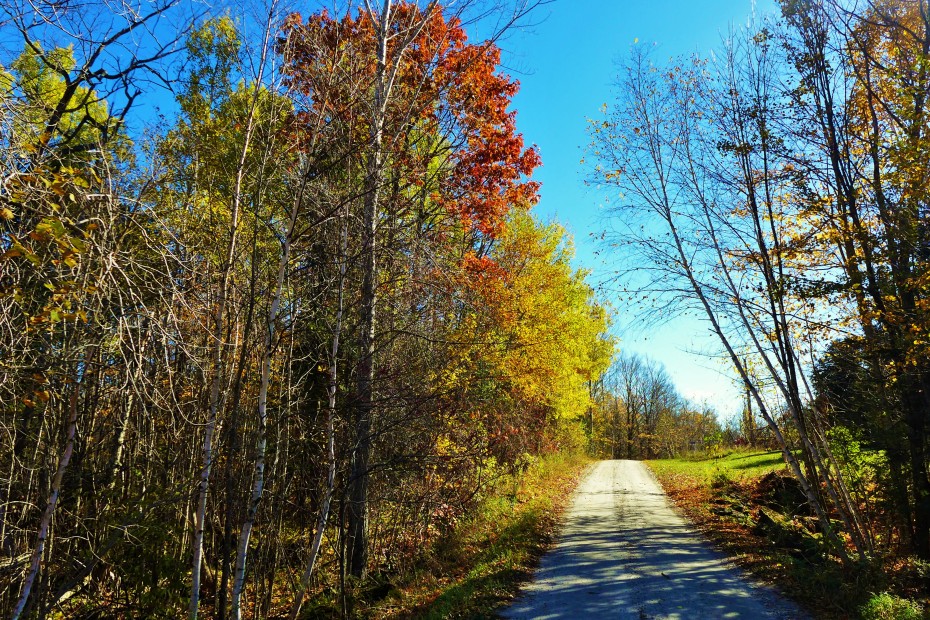 colours of fall at Bennett lake 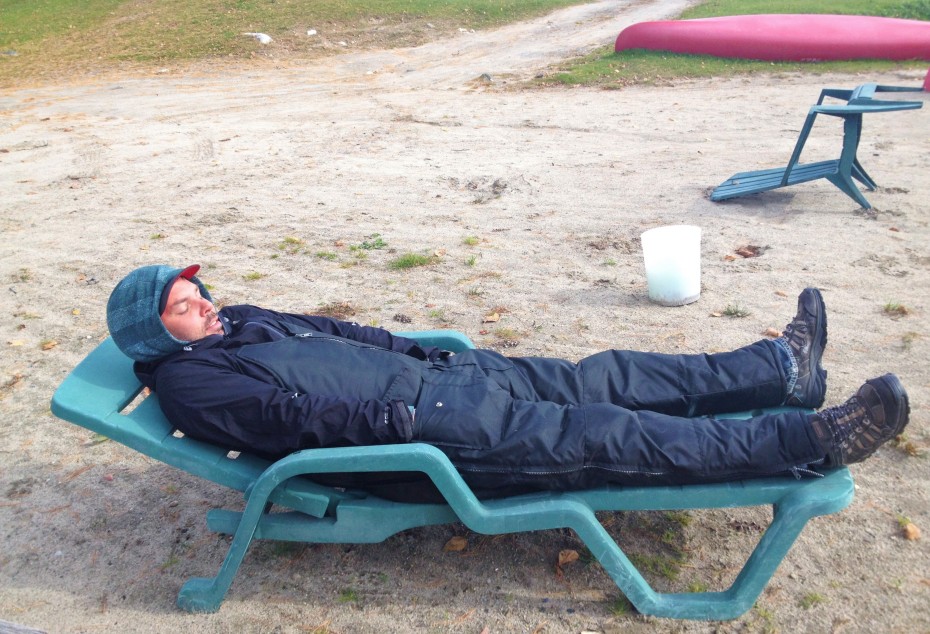 We enjoyed another few weeks of fishing and spent time with our friends around the lake. 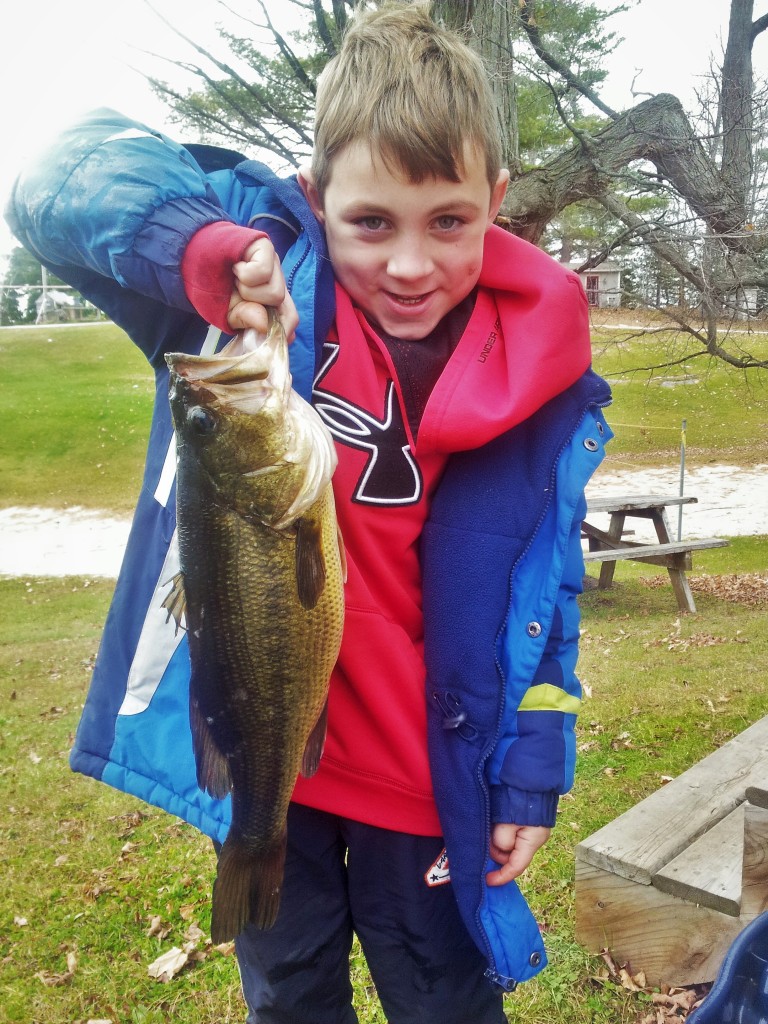 Quad rides and bbq’s happened frequently along with the occasional work day helping out around the old wood pile to make sure our friends stay warm this winter.

getting dirty this time on 4 wheels 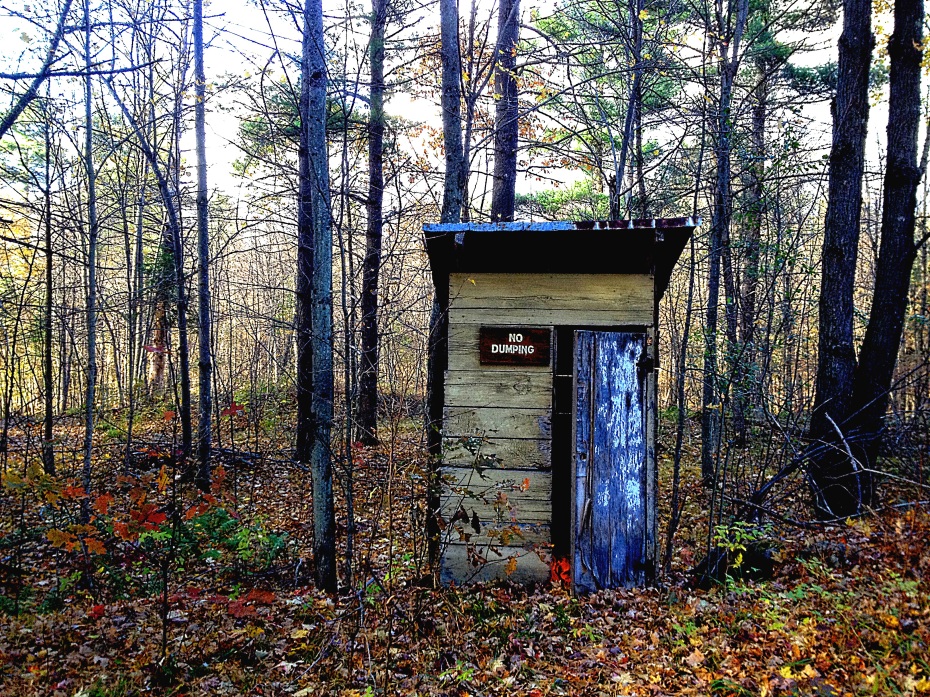 We could spend forever here at the lake if it wasn’t for that damn travel itch that we could already sense needed a scratch and by months end it was time to move on. We made plans to fly to British Columbia where we will visit friends and spend a couple of weeks with Jenns parents.

After a short flight from Ottawa to Calgary we were met at the airport by my brother and together we headed over to his place to meet our new nephew Maxwell. Maxwell was asleep when we arrived that night but first thing the next morning we were introduced to the most handsome well behaved little man on the planet. We loved playing with Max and I think we’re going to have a life long damn good time together. 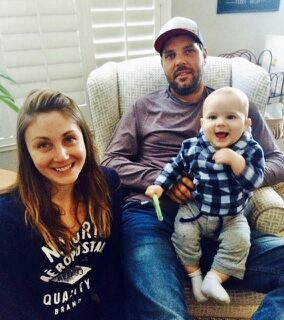 We spent a few days in Calgary and then headed onwards to Fernie where we met up with Jenns parents.

It was an emotional homecoming for Jenn and it was evident that her parents had missed her a lot. Tears were shared between the girls and my job was done. I had delivered her back home to momma safely. 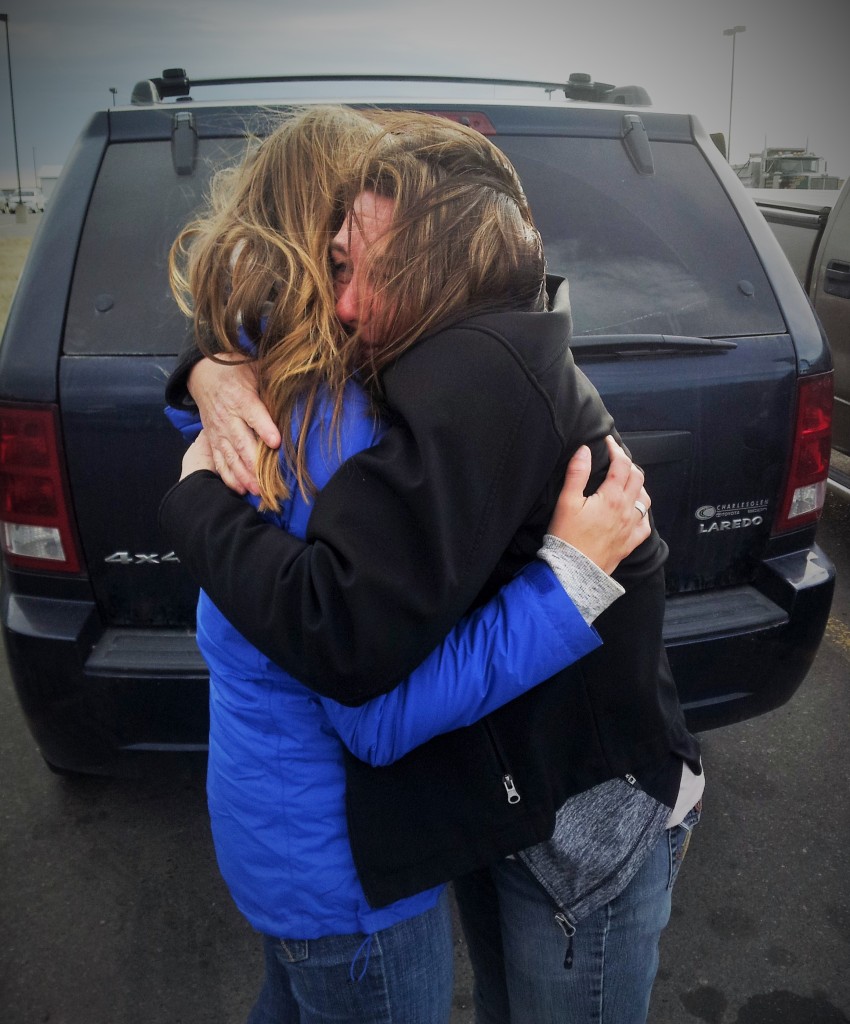 someone was very missed

Returning back to Fernie and the familiar waters of the elk river we immediately wanted to wet lines. It was apparent that the fished had missed us too and one by one they took turns biting our hooks so we could reel them up to say hello. Amidst the backdrop of the rockie mountains the elk river wound her way past our feet and in this moment we were reminded of just how beautiful Canada is.

Our country and our home easily made par with the other sights and beautiful sceneries we had been so fortunate enough to see while travelling.

We spent much of our time as expected visiting family and friends and was wonderful to see everyone and field the onslaught of questions that they all curiously fired at us.

Jenn went hunting a few times with her brother and dad and I decided to tag along on one particular outing. Nearing the end of the day Jenns dad spotted a nice buck and within seconds I was witnessing my sweet, beautiful, innocent young lady take aim. 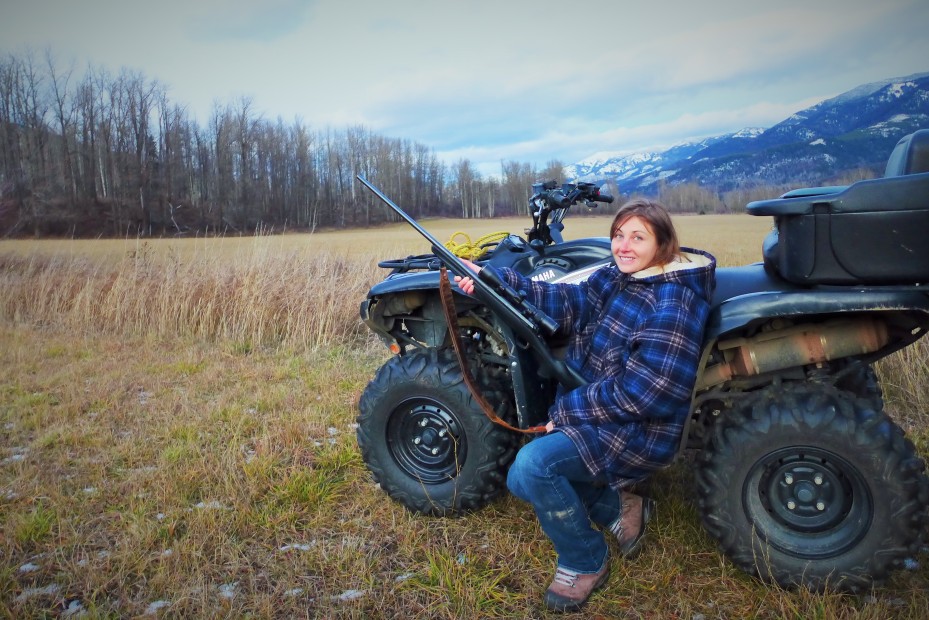 My heart was pounding and I could only assume Jenns thumped the same right before the bang, bang, bang and down went the buck. I knew Jenn was no wannabe hunter and had shot deer and elk before but this was the first time I had been witness anyone dropping an animal. 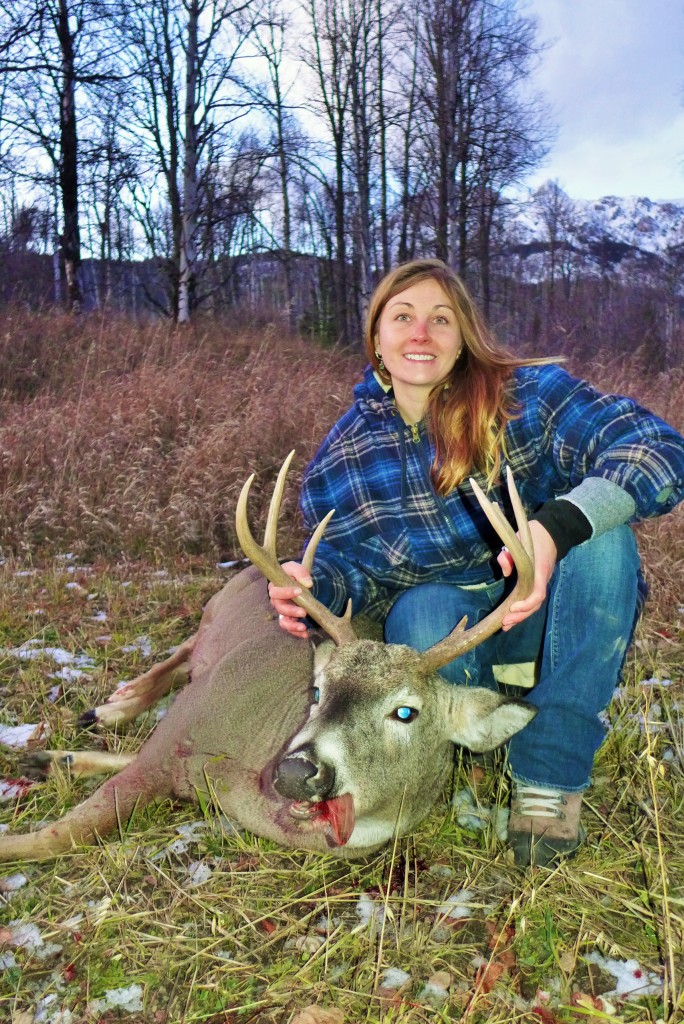 just glad it was him lying here and not me!

My level of respect for my lady changed in the pull of that trigger and from now on I vow to take her threats of “I know how to gut you you know!!” comments more seriously.

Jenn took care of her game from start to finish and like a pro went about cleaning her animal. Together her and her dad made over fifty pounds of hamburger and venison jerky that we will sample before we leave.

don’t look here if you don’t want to know where your meat in the grocery aisle or butcher shop comes from!!

Our time spent in Fernie was great and a nice reminder that after our travels are over we will be returning to a beautiful part of the world. With our bellies full of home cooking and Mr. Blanco tucked away for the winter we loaded up the new backpacks and made our way back to Calgary to catch our flight out to Thailand. Arriving to Calgary we approached the westjet desk and began to check-in for our flight. After only a few seconds at the check-in counter we noticed a strange confused look on our westjet reps face and as the words “your flight was last night guys” flowed from her lips our hearts sank. Apparently I had misread our flight itinerary and in truth I hadn’t read the itinerary at all after purchasing it three weeks prior and assumed that I knew our flying date was on the 25th. Today however was going to be our unlucky lucky day as the universe had placed us in front of the most caring and compassionate westjet representative alive named Deb Scott. Deb spent over 3.5 hours working with us making phone calls for us speaking to other travel reps on our behalf basically doing everything within her powers to get us on a flight to Asia. After nearly four hours Deb had us on a flight to Vancouver at no additional cost so that we could then plead our case in Vancouver to Air Asia which was our carrier to Thailand. 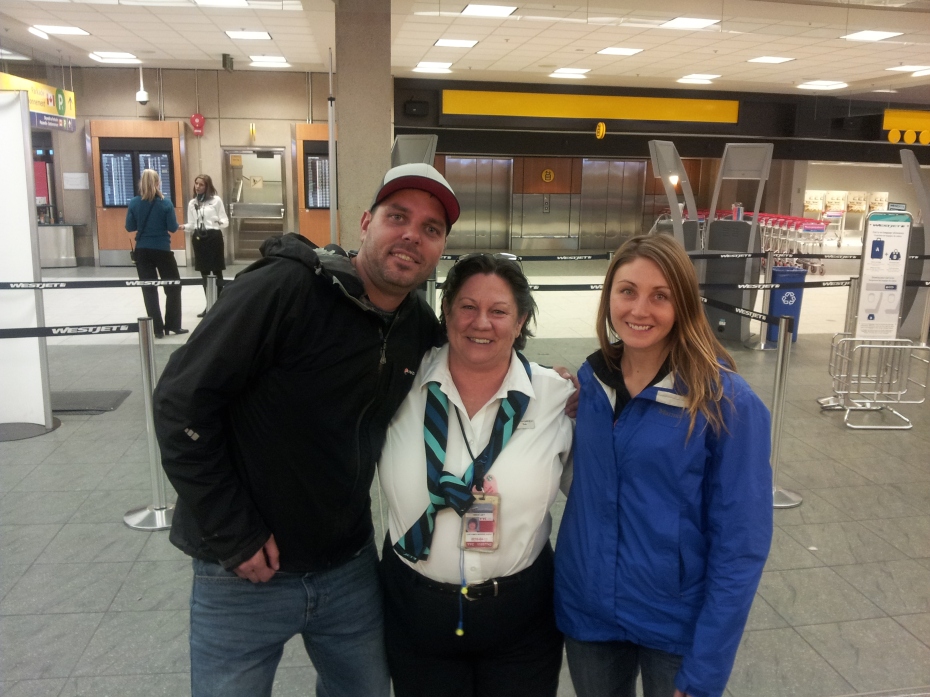 Upon arriving in Vancouver Air Asia was aware of our situation already via the flight networks computer systems and after waiting until the very last minute to make sure the flight to Thailand wasn’t already full we were informed that there were in fact two seats remaining on an almost full flight. The final surprise of the day came when we were told these two seats were in the first class/business class section of the air plane and for only a $50.00 per person missed flight fee we could ride in first class style. This deal seemed too good to be true and without hesitation we payed up and ran towards our gate.

flying economy will never be the same! ):

19 hours of flying time and a total of 24 hours of travel we landed half way around the world into another world miles apart from latin america and the west. First impressions of Asia and Thailand…..Outstanding!!